Sooo, November just kinda snuck up on me. I’ve been super busy these past few months. Back and forth to the doctor and physical therapy for an ankle that doesn’t seem to want to heal; working two jobs, tutoring, book clubs, and I’m sure there are some other things but I can’t think of them right now.

Anyway, this year I’m going to attempt – in addition to everything else – NaBloPoMo on this blog and my short story blog. I have mostly everything mapped out, but you know ‘best laid plans’.

I thought I’d start off NaBloPoMo with something fun.

What Color is your personality?

Blue colors your world with emotion. You seldom jump right in, preferring to stand back and watch people and situations closely. Blue people are calm, but can also spiral into sadness. With so much emotion, tears of happiness, sadness, anger, or frustration are quite common.

~~What Color is Your Personality from Lifescript

My opinion: Interesting. I’m typically a relatively calm and grounded person, but here of late of I’ve been on the war path. I’m finding people to be rather intolerable which makes me intolerable

You have an ORANGE personality! According to Dr. Carol Ritberger, this means that you’re a “let’s just get along” kind of person. You are kind, cooperative, and always put others first. You appreciate order and organization, and you respond well to rules. Dr. Ritberger adds that as an Orange, you probably tend to worry and are susceptible to lower digestive issues.

~~What Color is Your Personality from Playbuzz

My opinion: In the immortal words of Sheldon Cooper: Hokum

You’re blue — the most soothing shade of the spectrum. The color of a clear summer sky or a deep, reflective ocean, blue has traditionally symbolized trust, solitude, and loyalty. Most likely a thoughtful person who values spending some time on your own, you’d rather connect deeply with a few people than have a bunch of slight acquaintances. Luckily, making close friends isn’t that hard, since people are naturally attracted to you — they’re soothed by your calming presence. Cool and collected, you rarely overreact. Instead, you think things through before coming to a decision. That level-headed, thoughtful approach to life is patently blue — and patently you!

~~What Color is Your Personality from TestQ

My opinion: Perhaps the most accurate of the three. I do value and enjoy connecting deeply with people rather than superficially. Unfortunately, making close friends is quite difficult for me because I am a rather guarded person and when I feel a relationship is progressing too quickly I typically abandon it. People are naturally drawn to me and I have been told they feel really comfortable around me. Cool and collected have not been traits here of late. I’ve gone off the rails a couple of times in the past few days.

Take a quiz or two and let us know what color your personality is. And of course don’t forget to join in the blogging fun. 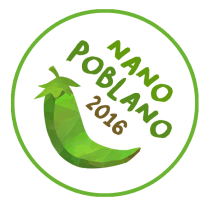 One thought on “Day 1: What Color is Your Personality?”