As a child, I loved school. Every day was an exciting adventure of learning. I was smart, motivated, and always eager to share my knowledge with others. In fourth grade, that drive started to sputter like an old clunky car. Having transferred from private school the year before, I found public school repetitive. The other kids didn’t have the same level of passion for learning. I found myself faking sick in order to stay home and read, which was far more captivating that the disappointingly basic lessons on how to read a map or how a story has a beginning, middle, and end. My fifth grade teacher tried her best to engage my exploratory disposition. She gave me alternate assignments when she could, but often they were additional projects that turned the regular exercises into busy work. 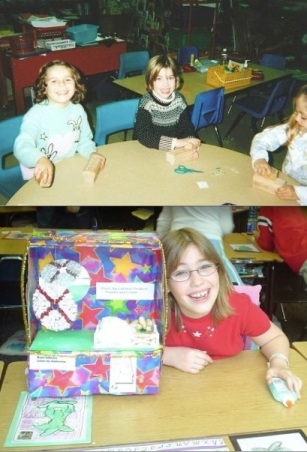 At that point, I was completely underwhelmed and dissatisfied by my education. My mom started noticing my dwindling interest in school, which was so troublingly out of character that she asked if I’d want to skip a grade and go straight to junior high with the sixth graders. I was shocked; I hadn’t even thought about that as an option. All I knew is that I couldn’t stand the idea of remaining in the elementary school rut any longer. At the junior high, I could choose electives to indulge my interests. Each project came with an “advanced merit” option that required higher levels of thinking and synthesis. I’d have a different teacher (and thus, teaching style) for each class instead of just two, one for homeroom and one for reading/math. Junior high became synonymous with variety and intrigue and rekindling of the love for learning that I had lost. Now that I knew it was possible, I couldn’t imagine not graduating with the sixth graders. My classmates, however, saw my skipping a grade as something else entirely. They heckled me with questions:

“Why are you skipping?” (I’m not being challenged, and I’m mature—and tall—enough to fit in with older students)

“Do you think you’re the smartest one in the class?” (The answer was no, there were a few kids who I considered “smarter,” but they wouldn’t have wanted to move up for social reasons)

“Do you want to skip, or are your parents making you?” (They’d never make me do anything I didn’t want to)

“Are you going to the graduation ceremony?” (This one was hard—my attendance at the ceremony would only provoke questions from nosy suburban families, including the planning committee that was reluctant to let me be involved anyway—but I did end up going)

I now realize they were mostly just curious—likely no one they knew had ever skipped a grade—but at the time I took it as concealed criticism. It wasn’t until the next year that the disapproval became much more overt. Out-of-control hormones, abrupt and hurtful social shifts, a new building and different schedule, and the pressure of impending high school all made junior high awkward and difficult enough. For me, I also had an extra layer: my classmates who didn’t understand or support my advancement. The more that they opposed my choice, the more it became taboo to me. I avoided discussing my age or memories from elementary school, but it didn’t take long for my classmates to figure out I wasn’t just like everybody else.

One boy spent my entire seventh grade year referring to me as “a sixth grader in a seventh grade world,” as if alienating me from his our entire class year somehow made our equal education more meaningful for him. Another boy told me on the bus one day that he didn’t think I deserved to be in seventh grade, which is laughable because of course I faced a much more extensive process to move up than he did being born a year before I was. At the time, though, his words stung, and they’ve left a permanent bite mark that I’ll never forget. I look back on that scar and many others that came with skipping a grade with frustration, but I wouldn’t change my decision for anything. Breaking taboo proved that nobody else knows what’s right for me, and the fear of backlash hasn’t stopped me since.

Sabina blogs about traveling the world, personal experiences at college, culture & society, and photography at Victim to Charm.